The Gates of Minsk, or the City Gates, were built after the Second World War in the classical Soviet style and are one of the most recognizable buildings in Belarus. They are powerful structures that mark the entrance to the capital city of Belarus. Each of the towers displays sculptures of a worker, soldier, farmer and engineer, representing the foundation of Belarusian people. One of the towers has a huge clock – it’s the biggest clock in the republic. The minute hand is two meters long and the clock itself weighs 300 kilos — and it was brought from Germany as a war trophy. 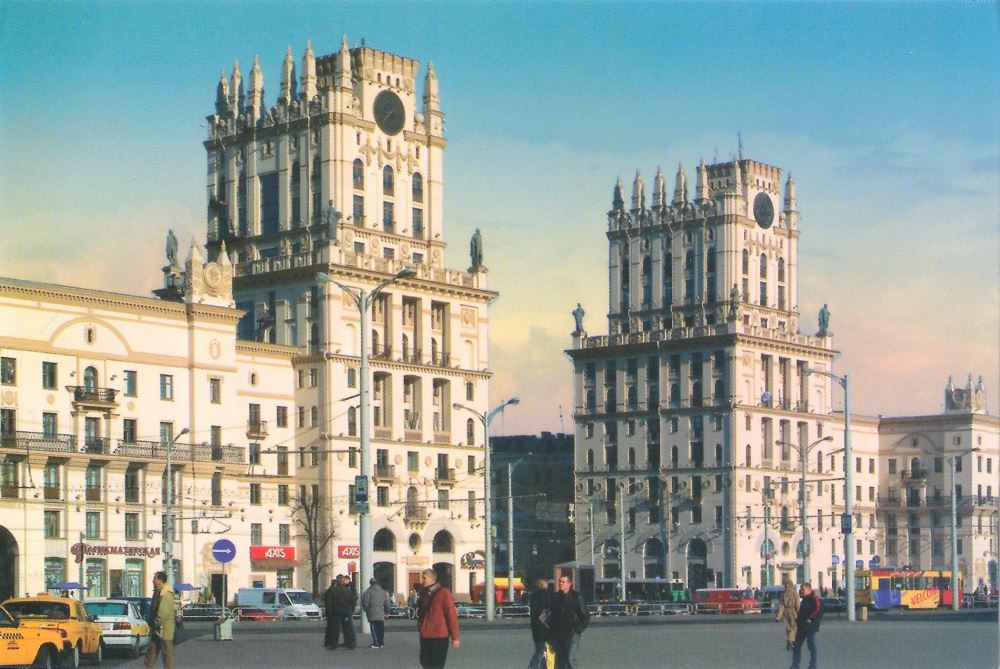