Manneken Pis (meaning “Little man Pee” in Dutch) is a landmark small bronze sculpture in Brussels, Belgium depicting a naked little boy urinating into a fountain’s basin. The 61-centimeter (24 in) tall bronze statue was made in 1619. The figure has been repeatedly stolen: the current statue dates from 1965. The statue is dressed in costume several times each week, according to a published schedule which is posted on the railings around the fountain. His wardrobe consists of several hundred different costumes, many of which may be viewed in a permanent exhibition inside the City Museum, located in the Grand Place, immediately opposite the Town Hall. 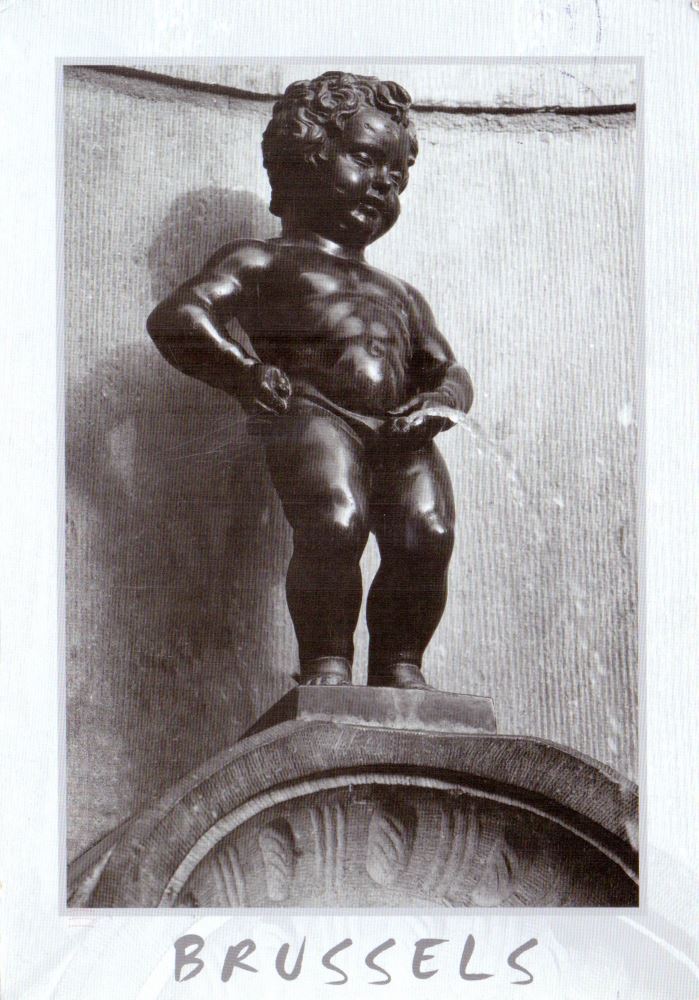