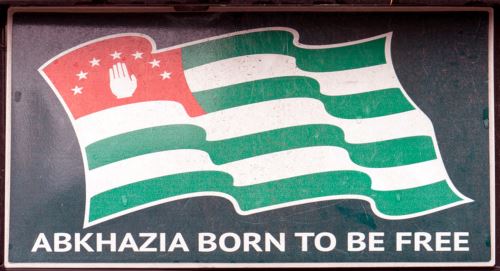 Abkhazia is independent, partially recognized country, located on the Black Sea coast, between Georgia and Russia.

Because of the ongoing conflict between Georgia and Abkhazia any mail sent via Georgia will never make it. But people in Abkhazia need to have international postal services, and there is a way.

There is a special PO box set up in Sochi – Russian city located on the border with Abkhazia – through which all incoming mail to Abkhazia is routed. If you want to send something to Abkhazia, address it to this PO box, along with Abkhazian address.

Source: Postal info on the official tourism website of Abkhazia (in English; in Russian)