Lithuania is a country in the Baltic region of Europe. It was a powerful empire that dominated much of eastern Europe in the 14th–16th centuries. The national flag of Lithuania, pictured on this postcard, was established in 1918. The yellow in the flag is meant to symbolize the sun and prosperity, the green is for the forests, the countryside, liberty, and hope, and the red represents the blood and bravery of those who have died for Lithuania. 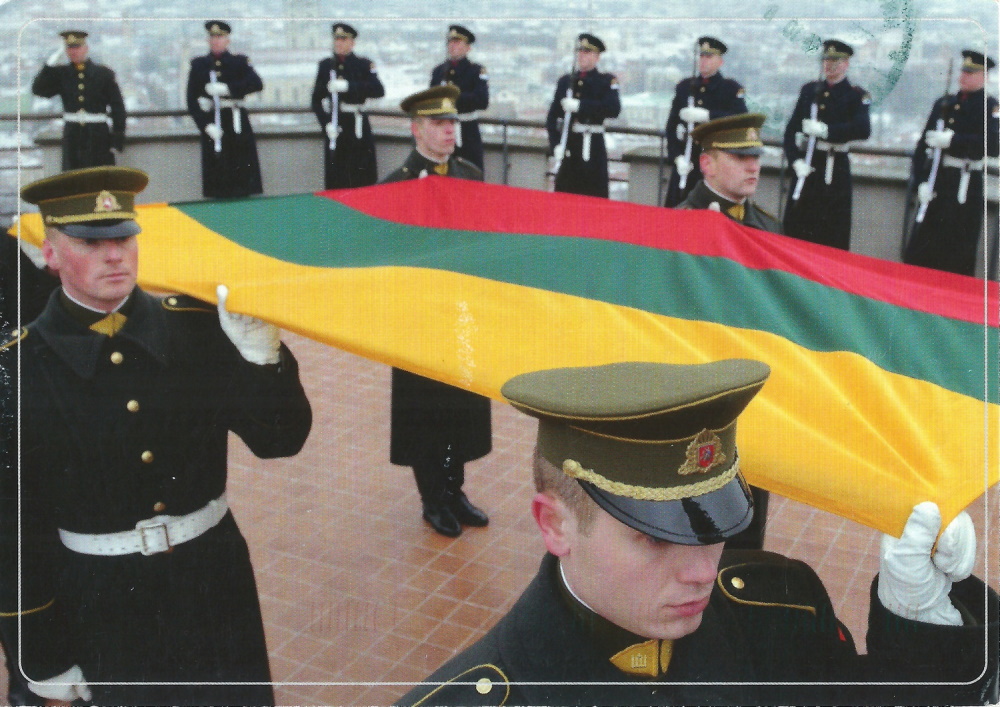 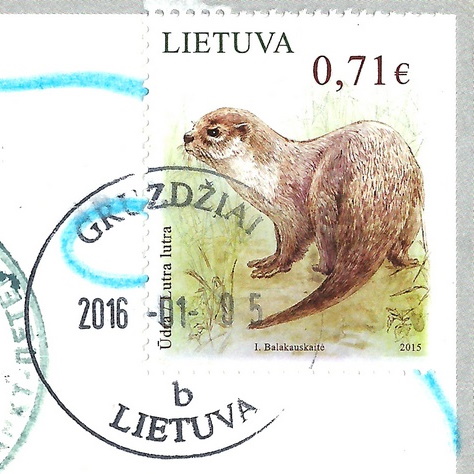 Liechtenstein a microstate located in Europe, the Alps between Austria and Switzerland. It is only is about 25 kilometers long and 6 kilometers wide. With resident population of roughly 39,000 more than half of Liechtenstein’s workforce commutes into the country every day from neighboring countries. Liechtenstein has one of the highest gross domestic products per person in the world.

Every year, on August 15 — Liechtenstein’s national holiday, the Vaduz Castle palace (pictured on this postcard) opens its doors, inviting all residents, and anyone else willing to make the journey. Guests can enjoy a beer in the gardens, as well as a party and fireworks in the town center. 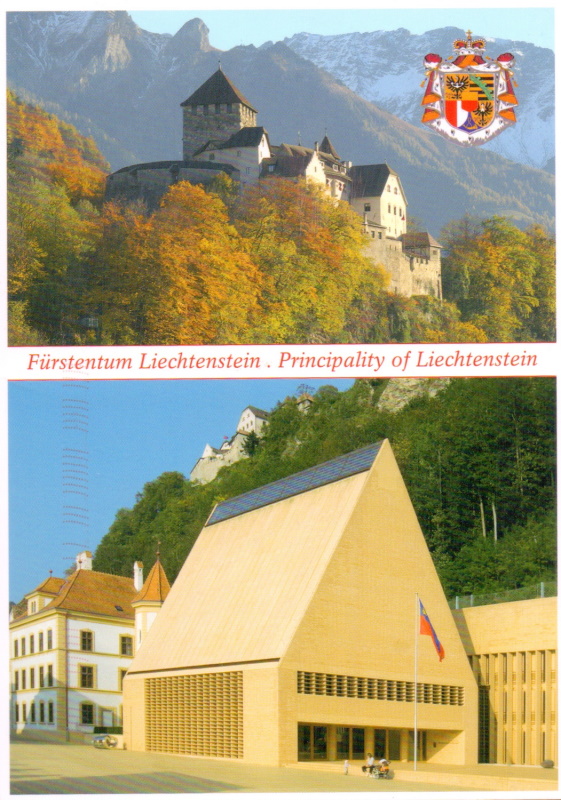 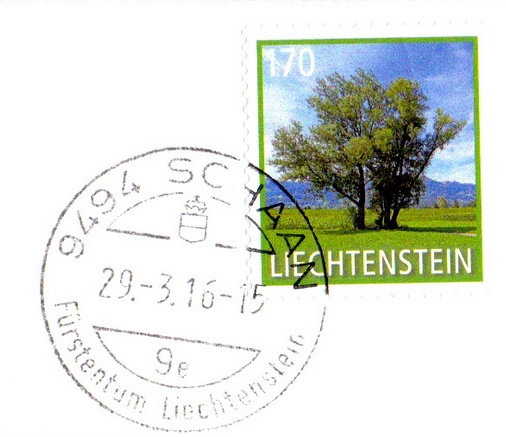 The State of Libya is a country in North Africa. Over centuries this area was influenced and controled by different cultures and nations: Berber tribes, Phoenicians, Ancient Greeks, Romans, Arabs, Ottomans, Italians… I received this postcard without any indication of what exactly is pictured here, but thanks to the amazing modern technologies (Google Reverse Image Search), I found out that this postcard depicts The Temple of Apollo at Cyrene (top) and Ancient Greek baths in Cyrene (bottom).

Cyrene was founded in the 7th century BC, and was the oldest and most important Greek city in North Africa. The city became one of the greatest intellectual and artistic centers of the Greek world, and was famous for its medical school, learned academies, and architecture. Today it is an archeological UNESCO World Heritage Site.

Interesting fact: The modern name of “Libya” is an evolution of the “Libu” name, from Greek Λιβύη, generally encompassing the people of Cyrenaica and Marmarica. The “libu” name likely came to be used in the classical world as an identity for the natives of the North African region. 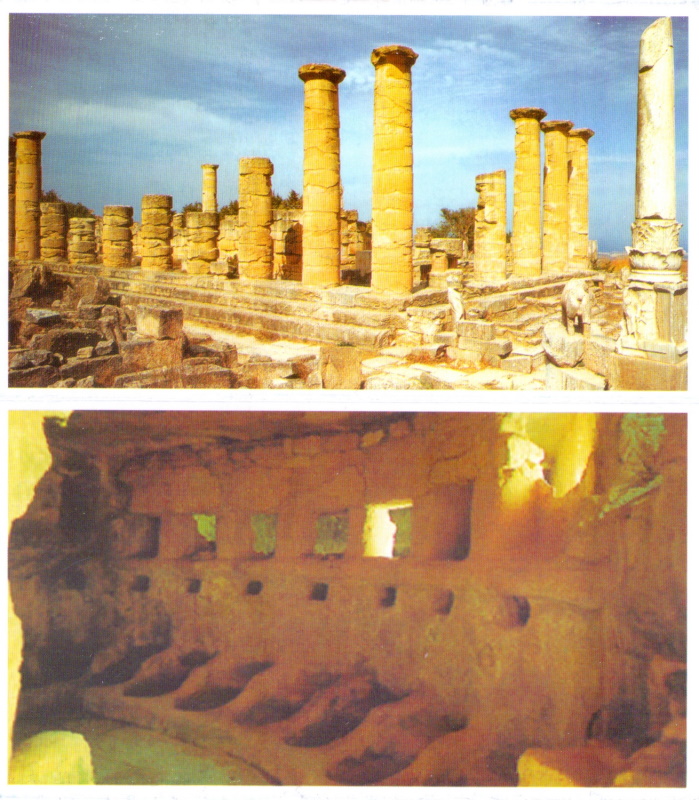 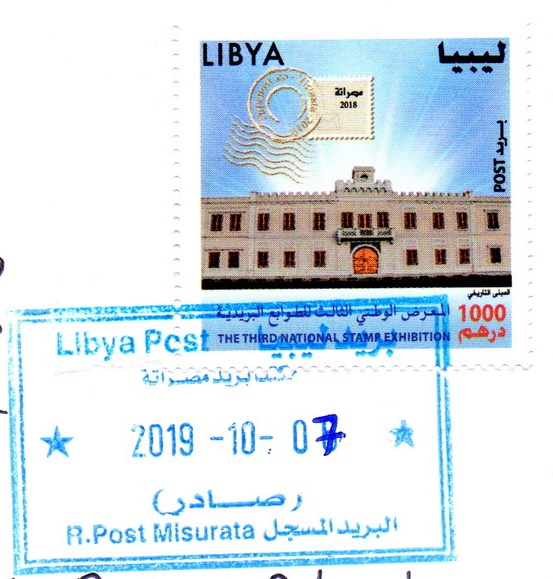 Lake Piso is a saltwater lake in Liberia, West African country. It is the largest lake in the country. Lake Piso has an open connection to the Atlantic Ocean, making it a tidal lagoon. The lake basin is known for the richness of its biodiversity, its diverse ecosystems and its natural beauty. The people living in the vicinity of the lake depend on the lake for fishing, and also on the high-quality diamonds that are being mined from the rivers flow into Lake Piso. 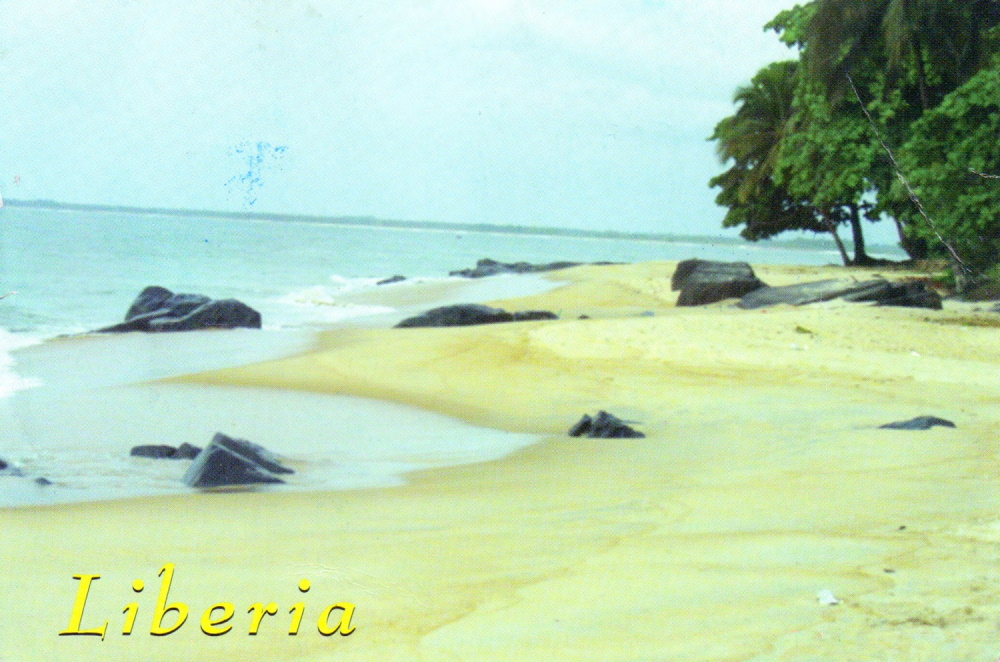 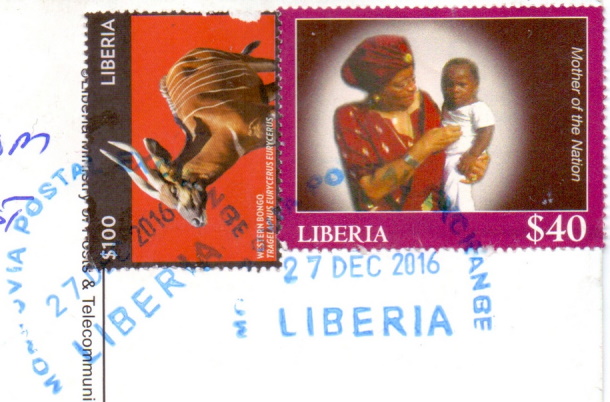 Maletsunyane Waterfalls is one of the highest single dropping waterfalls in the Southern Hemisphere, with drop of 192 meters. The waterfall is on the Maletsunyane River, and is located near the town of Semonkong (Site of smoke). Two-thirds of Lesotho – which is completely encircled by the Republic of South Africa – consists of mountains. 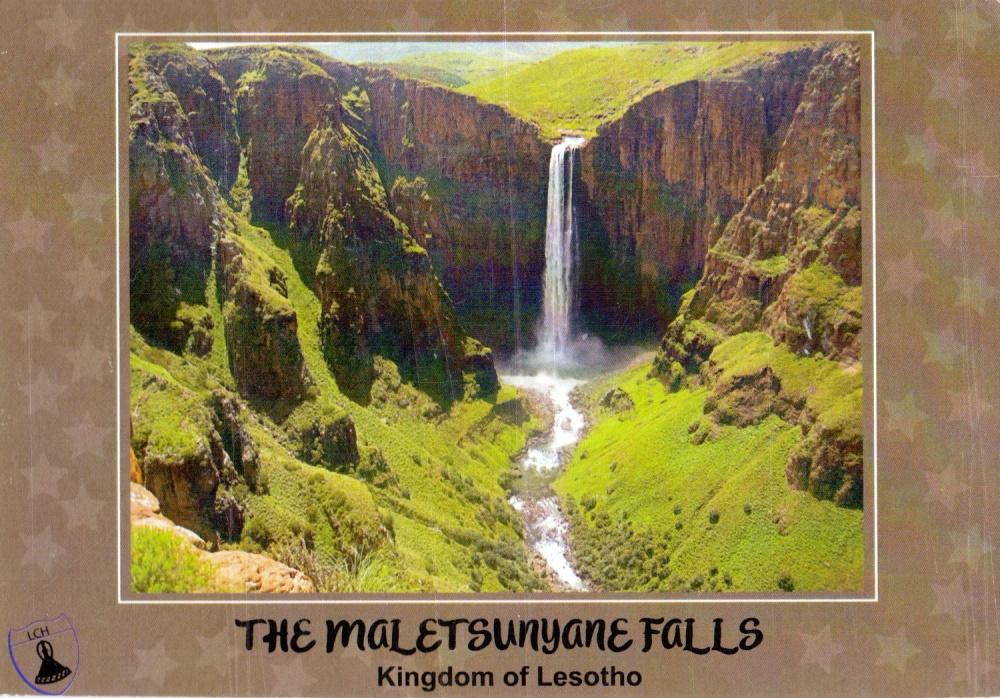 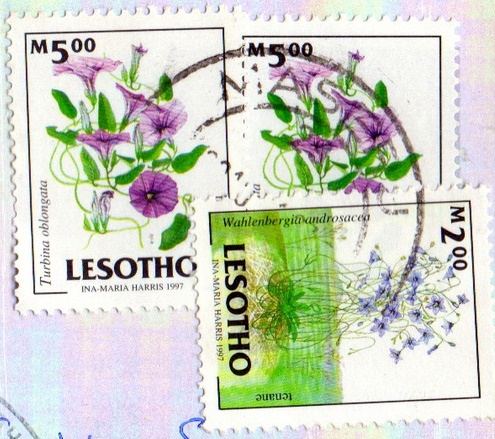 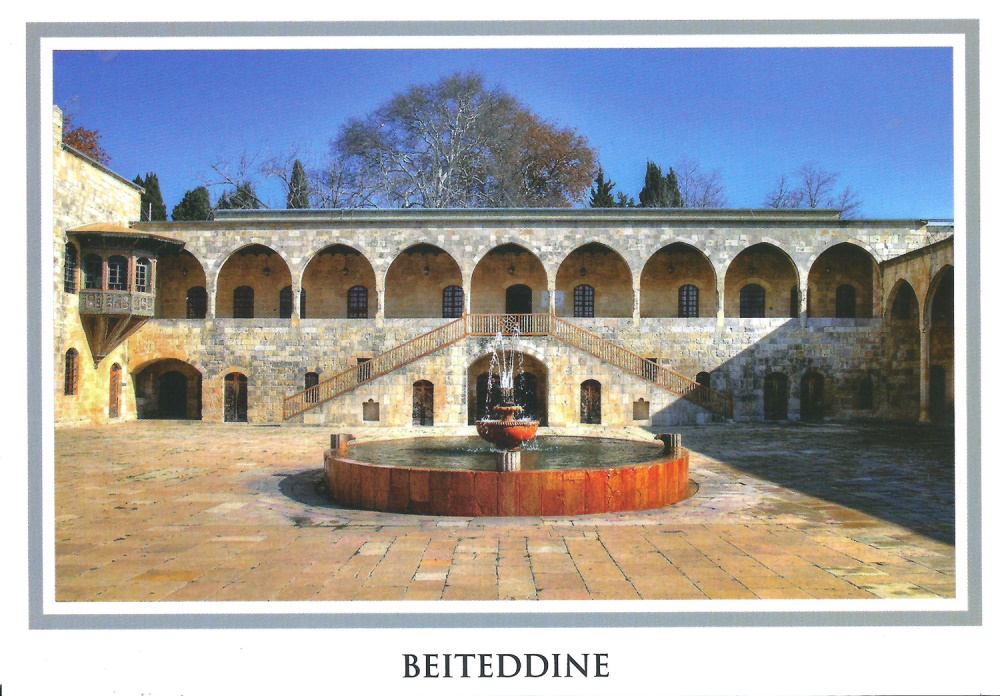 Envelope I received it in: 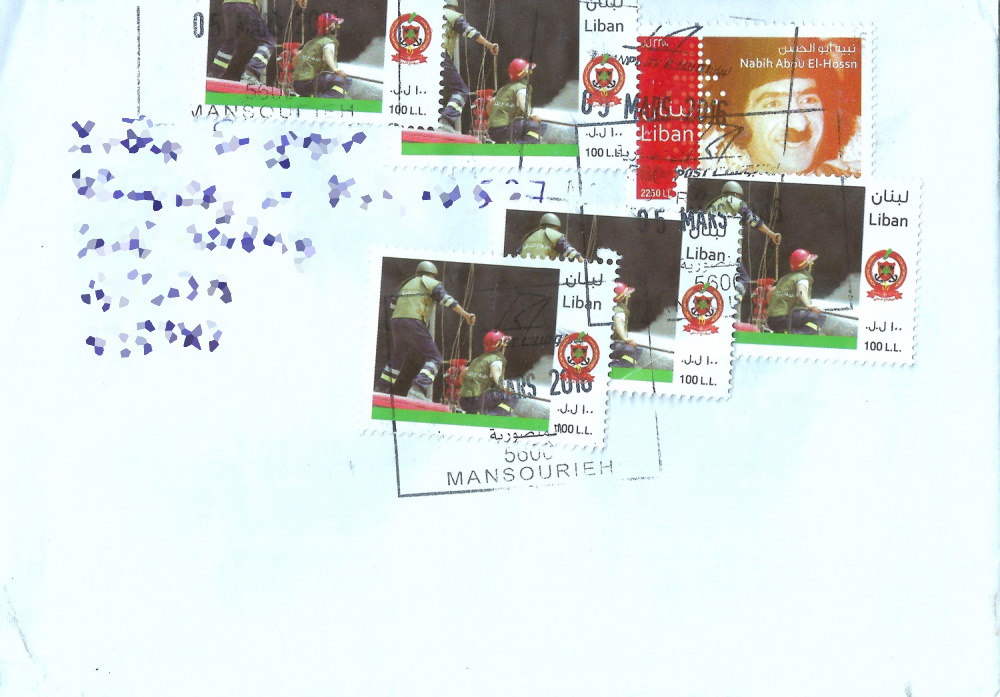 Riga is the capital of Latvia — Eastern European country set on the Baltic Sea. It is the largest of the three Baltic capitals. Riga is famous for its old town, which is UNESCO World Heritage Site. The city was founded in 1201, and today is home to about 600k people.

I’ve been to Riga a few times when I was a kid visiting relatives, but don’t remember the city much. I do remember that’s there I saw a skateboard for the first time ever 🙂 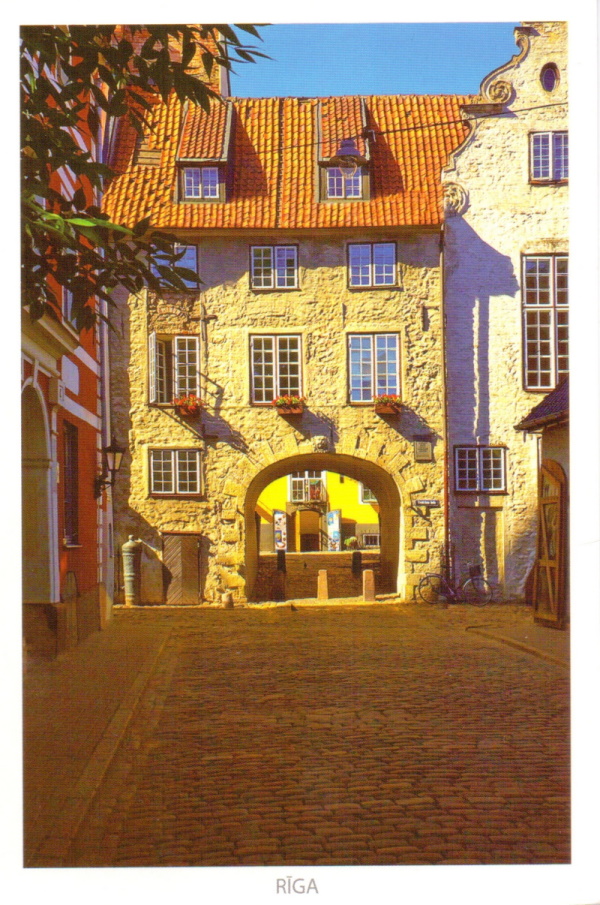 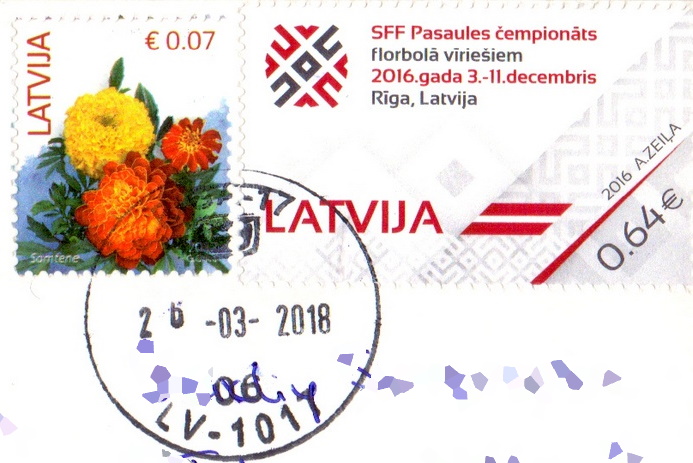 Xieng Khuan – Spirit City – also known as Buddha Park is a sculpture park near Vientiane, Laos. The open-air park has over 200 sculptures of various sizes depicting figures from Buddhist and Hindu traditions and lore. It was founded in 1958, and the sculptures themselves are mostly cast in reinforced concrete. So, they are not ancient and carved from stone, as it may appear! Still, even though it’s not officially a temple, locals often worship here see it as a holy place.

It is also amazing, that is was built by one man — Luang Pu Bunleua Sulilat. He was a fairly poor man with no artistic training. But studied both Buddhism and Hinduism and had a desire to see the two religions integrated. 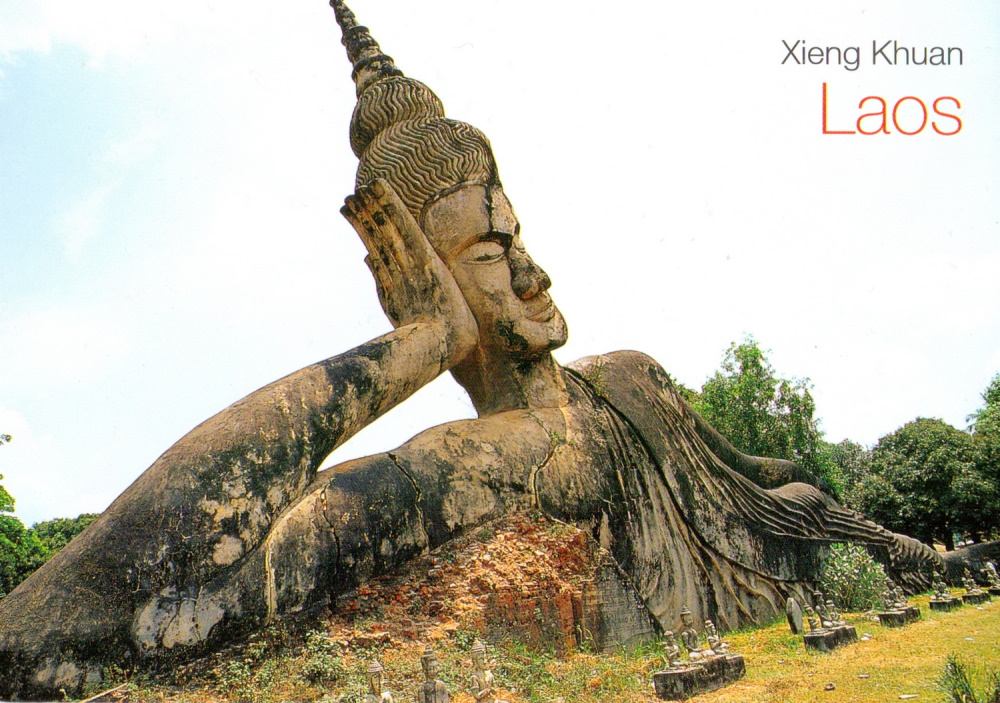 I received this postcard blank in envelope, without any indication what it depicts. After a little research shows that pictured are “Tree of Life”, and, possibly, a monument to Kurmanjan Datka – woman-diplomat and greatest statesperson in the history of Kyrgyzstan. The place is “Rukh Ordo” — a cultural complex and open-air museum in Cholpon-Ata, Kyrgyzstan.

The “Tree of Life” was the first exhibit of this complex. It resembles a blooming Japanese sakura tree, proudly towering over the endless expanse of Issyk-Kul lake. However, all pictures I saw of it do not have any monuments right next to it. Perhaps, it was a temporary composition in year 2011 the country celebrated 200th birth anniversary of their national hero? I’m yet to learn more about this postcard. 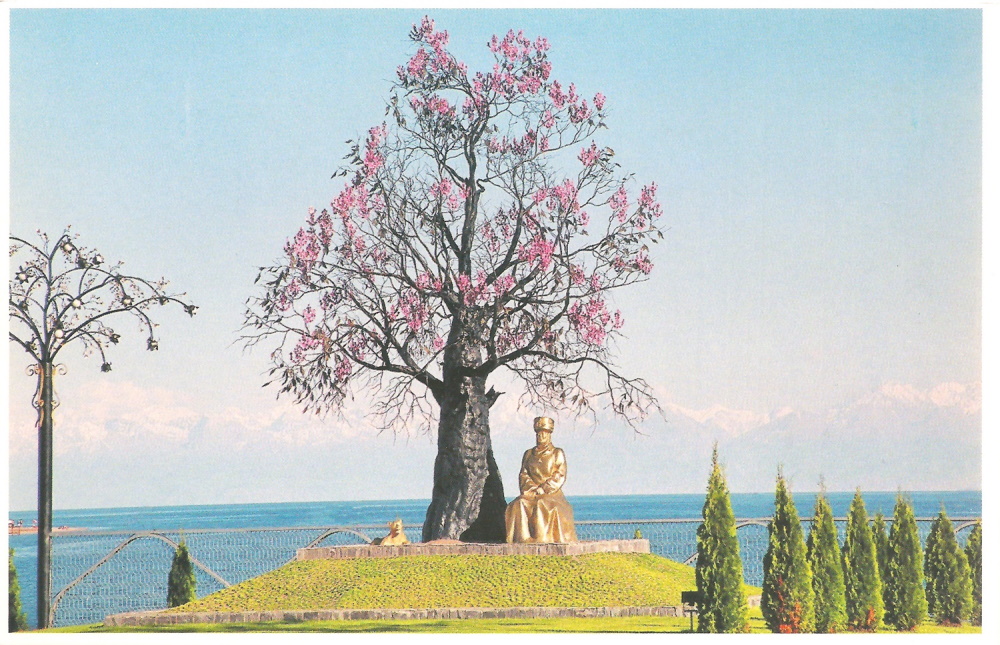 And this is the envelope it came in: 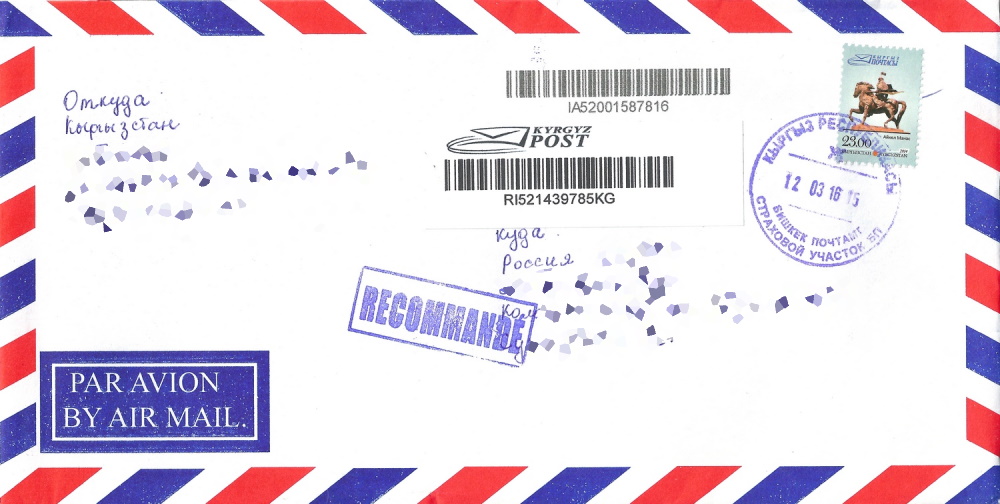 Gračanica is a town located in central Kosovo —  de-facto independent, partially recognized state. This town of more than 10,000 mostly Serbian people is centered around the Gračanica Monastery, ten kilometers east of Pristina, the capital of Kosovo. The image of this postcard: Fresco of Saint King Milutin, the founder of Gračanica Monastery, originated between 1319 and 1321.

According to Wikipedia, the Gračanica municipality was supposed to become part of the Community of Serb Municipalities after the 2013 Brussels Agreement, however this still hasn’t been implemented yet despite the promises from the Prishtina government. Still, we can see Serbian post, not Kosovar, was used when this postcard was sent: Serbian stamp is used. Also interesting, if I read the postmark correctly, it shows the name of the town in both Serbian and Albanian languages: Gračanica and Graçanicë. 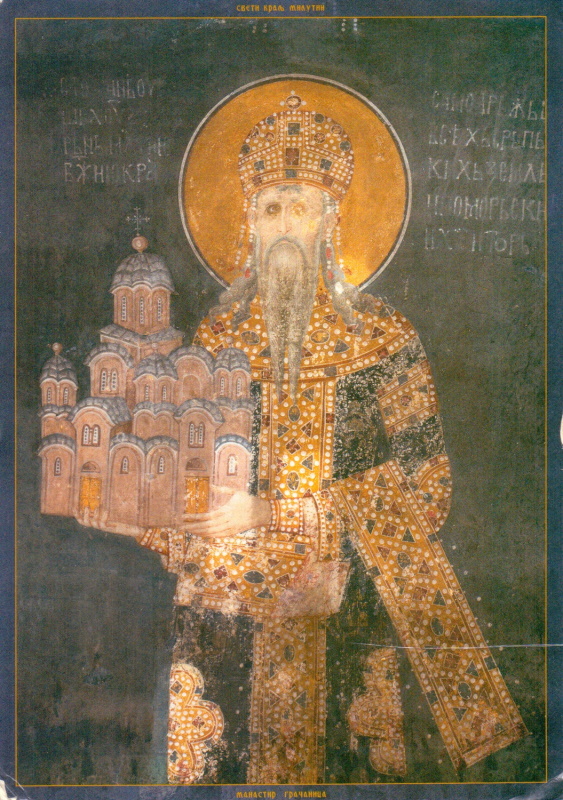 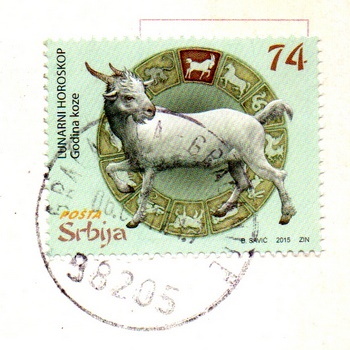